The Conference is a non-commercial, volunteer-organized event centered on free and open-source software.

It is geared towards users, developers and anyone interested in the free and open-source software movement.

The Conference is held annually since 2002, in September in Kyiv, Ukraine.

WHAT IS OUR GOAL?

The Conference aims to enable developers and users to meet and promote the awareness and use of free and open-source software. 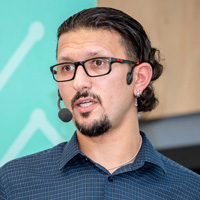 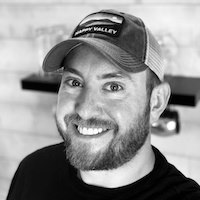 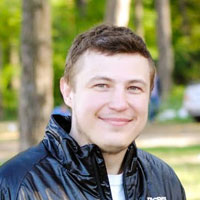 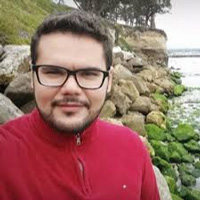 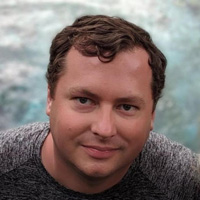 openSUSE - the most tested linux distribution 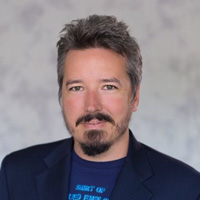 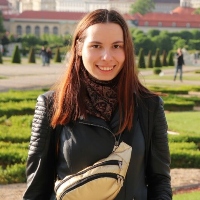 Fuck-ups story of lighting a Spark in the Kubernetes sea 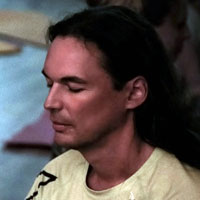 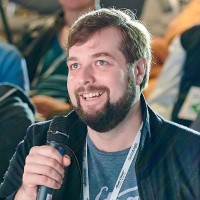 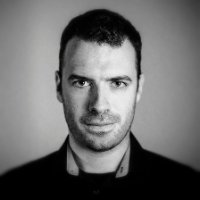 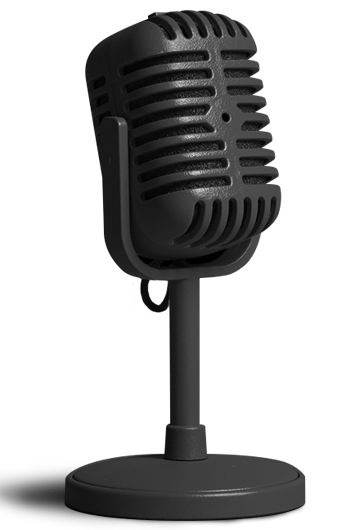 SPEAK AT THE CONFERENCE

Now accepting speaker applications!
Apply now to present to one of the smartest audiences around.
Please submit your talk proposals by the deadline of September 6, 2019 to make sure you are considered.

Microservices revolutionized the way we look at app development and is now one of the most popular programming architectures. Now, Docker alongside Kubernetes is changing the way teams look at deployments of these microservices. Kubernetes provides powerful production-grade orchestration for your “Dockerized” microservices.
In this workshop, you’ll get an overview of Kubernetes, and what it provides for application development. You’ll then go through the process of building and deploying a microservice application on Kubernetes.
This is a hands-on-keyboard lab, everyone should come with a laptop and a desire to learn. Attendees can use minikube locally, or cloud accounts will be provided.

Paul Czarkowski is a recovering Systems Administrator who has run infrastructure for longer than he cares to admit. After cutting his teeth in the ISP and Gaming industries, Paul has shifted his focus to using (and contributing to) Open Source Software to improve the Operability of complex distributed systems, such as Kubernetes and OpenStack. 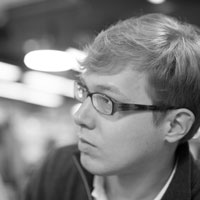 Locking Down Your Systemd Services

systemd is the system and service manager of most of today's popular Linux distributions. This talk will focus on security features of systemd, that help developers and administrators to lock down system services in powerful ways, in order to build a more secure Operating System. Topics covered are: file system namespace features for services, networking lock-in, seccomp sandboxing, Linux security capabilities, integration with MAC security and many more. The talk will explain how many default services shipped in the various Linux distributions already make use of these security features to minimize impact of services, and how developers, devops engineers and administrators can enable this features easily for their own services, with just a few settings.

Lennart Poettering works at Red Hat in the Server Experience Group. He's one of the creators of PulseAudio, Avahi and systemd. 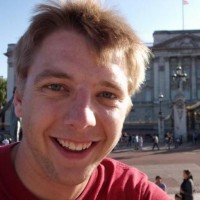 Containers are ever popular, and are increasingly presented as an alternative to virtual machines. However, there are some obvious gaps in the API available to containers vs. what's available to root on the host. For example, containers cannot safely load kernel modules, or mount arbitrary filesystems.
In this talk, Tycho will present a kernel patchset in development for passing syscalls off to a userspace handler, which can perform actions on behalf of the task that performed the syscall. For example, if a container tries to load a kernel module, the userspace daemon might check that the module is in a whitelist, and load the host's version of the module instead. The container is safely allowed to load kernel modules, whereas before it was not.

Tycho is an engineer at Cisco working Linux platforms. He holds degrees from the University of Wisconsin--Madison and Iowa State University, and has co-authored several peer-reviewed papers. In his spare time he rides bikes and does improv comedy. Tycho has been fortunate to speak at a number of industry conferences including linux.conf.au, Linux Plumber's Conference, Linux Piter, OpenStack Summit, ContainerCon, Docker Con (EU), Linux Con (EU), etc. as well as give industry keynotes at academic conferences like IEEE's I2CE.

The real challenge in search is not how to pick the best search engine framework or how to find a match, but how to bring the most relevant results first. Modern search engines have been heavily using machine learning to understand what is relevant for their users, but this approach requires tons of time and effort. In this talk, we will show how to implement from scratch a clever search for your application using just a little bit of planning and standard features provided by any search engine framework: boosting, analyzers, tokenizers, fuzziness, facets, penalties, etc. We will also review some core concepts and show how to fix common relevancy problems.

Speaker and Developer Advocate at Couchbase, he started programming even before the college and never stopped coding since then. He is Java Specialist and evangelist of Microservices, NoSQL, Machine Learning and all the new insights and trends he had discovered in his path. 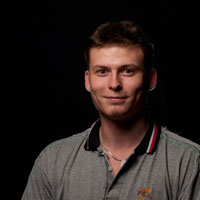 This talks shows you how GNOME tries to be ahead of the curve regarding potential security and privacy breaches.
Sandboxing and containerisation have been big topics over the last development cycles and we are happy to present the result which we hope improves various aspects of using your GNU/Linux machine. For one, we have created a technology for sandboxing applications which makes computing more secure as it confines the application and mitigates harm done by buggy or even malicious apps. But it also brings application developers closer to the users by shortcutting the traditional software distributions. While this has its shortcomings it's generally seen as an improvement and I'm happy to discuss, why. Another area of sandboxing is thumbnailing as a service for desktop applications. Traditionally, desktop systems try to display files more nicely by presenting a thumbnail of the file content. The code which produces the actual thumbnail traditionally ran with full privileges of the user session. With sandboxing, this is a thing of the past. We are now running thumbnailers (also third party ones) in a confined environment which mitigates many of the bad side effects an attacker can cause when exploiting a badly written file parser.

Tobias Mueller is a lead member of the GNOME Bugsquad for the last years and thus responsible for managing the bug database as well as the team around it. He is involved in deciding on effective policies for the bug database, actually dealing with the bugs in the database and recruiting new members who will help triaging. He also got elected to the Board of Directors in 2012 where he serves the GNOME Foundation to achieve their goals of creating and distributing great Free Software products. Besides being a Free Software and GNOME lover, Tobias is involved in the German security research community around the Chaos Computer Club. Topics of interest include Platform- and System-Security, Cryptography and Security Protocols.

So you have a Kubernetes cluster, now what? You’re going to need to operate your platform and what better way to do that than with open source tools? We’ll talk about how to run your operations as a platform itself as a product to your users with gitops-style workflows leveraging helm, helmfile, spinnaker, concourse, and more!

Running databases in Kubernetes attracts a lot of attention today. Orсhestration of MySQL on Kubernetes is no way a straightforward process. There are several good MySQL based solutions in the open source world, made by Oracle, Presslabs, and Percona. Having common base, they differ in self-healing capabilities, multimaster and backup/restore support, etc. So let’s make a fair comparison to figure out the pros and cons of their current state.

Mykola is Kubernetes and Clouds lover and, currently, his goal to bring databases into Kubernetes world. Since 2004, most of his career has focused on development of monitoring, update and deployment systems.

This talk is about covering MySQL as Open Source Database. We will be talking about past, now and future of MySQL. What are the best use cases of MySQL and edge Cases of MySQL? Time permitting mention on war stories, real-life examples. We will also cover important topics like scalability and proxy wars.

Alkin has extensive experience in enterprise relational databases working in various sectors for large corporations. With more than 20 years of industry experience, he has acquired skills for managing large projects from the ground up to production. For the past ten years, he's been focusing on e-commerce, SaaS and MySQL technologies. He managed and architected database topologies for high volume site at eBay Intl. He has several years of experience in 24X7 support and operational tasks as well as improving database systems for major companies. He has led MySQL global operations team on Tier 1/2/3 support for MySQL customers. In 2016 he has joined Percona's expert technical management team.

openSUSE - the most tested linux distribution

Having "rolling release" distribution that would be able to maintain high quality and be usable even by less skilled users was for a long time considered difficult to reach. Learn how it is achieved for openSUSE Tumbleweed and see differences and similarities in release/QA process of rolling release and classical distribution.

Linux Kernel Live Patching is a technique that allows patching of running Linux Kernel.
In this presentation we will talk about history, technical details of implementation, limitations, current status in mainline Kernel, and how to generate LivePatches automatically using kpatch set of tools.

Fuck-ups story of lighting a Spark in the Kubernetes sea

Big data, Spark, Kubernetes - you may have heard these buzzwords far too many times. Have you ever thought of combining all of them? Running spark jobs on Kubernetes - sounds intriguing! But sailing the unknown see always goes with a challenge, and not even one. And who knows what is hiding deep in the water? If you are ready, let’s embark on this dangerous yet exciting journey.